The Benefits of Nitrous Sedation 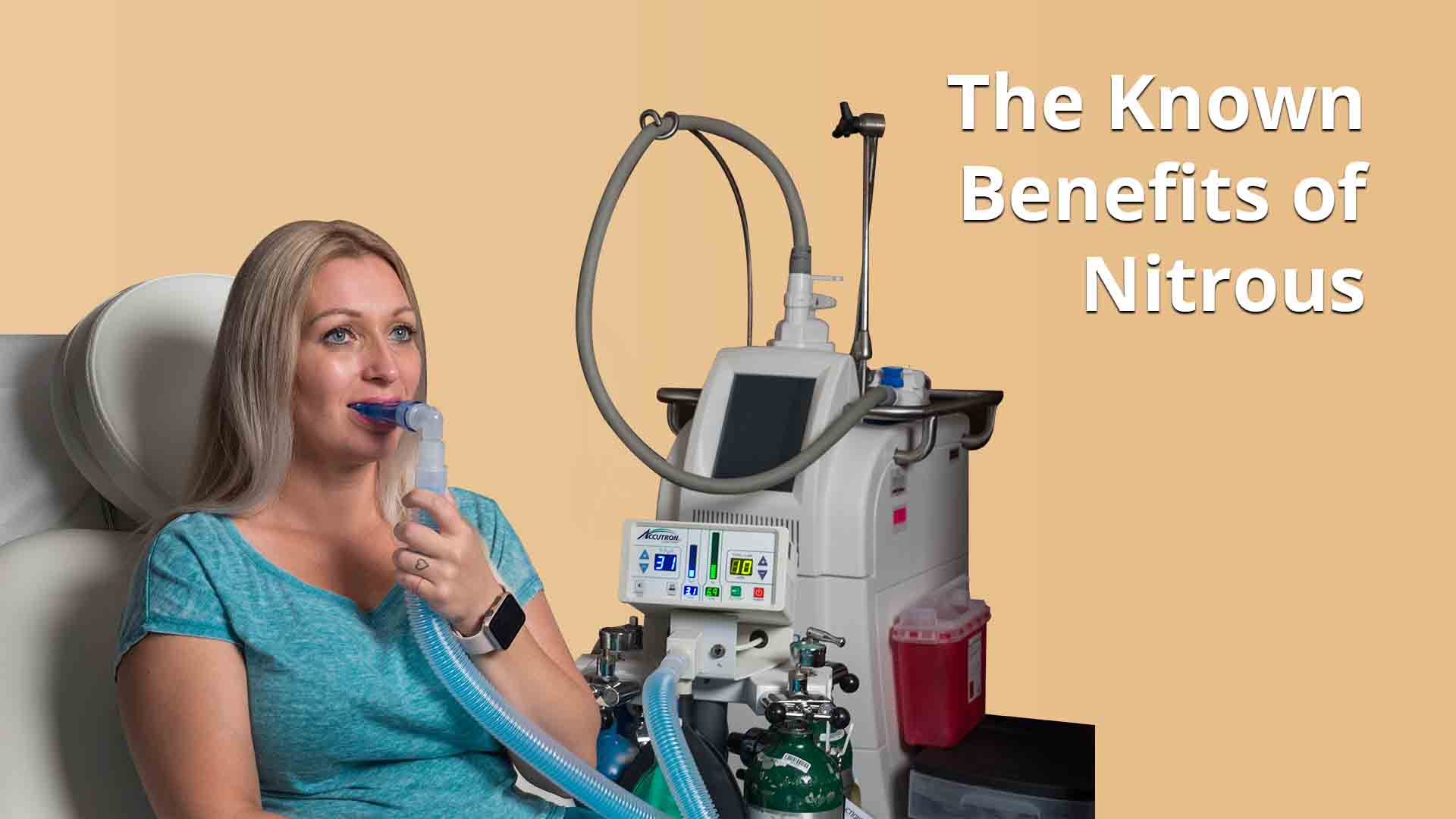 The Benefits of Nitrous Sedation

The benefits of nitrous are it’s a strong analgesic it also is an anxiolytic that means anxiety reliever and it’s an amnestic causes amnesia just during the time it’s being administered. Now the analgesia is a significant amount of analgesia which is it really is a predominant effect of nitrous. At 20 percent nitrous is equivalent to giving somebody 15 milligrams of morphine intravenously so at 40 percent it’s double that it’s it’s like giving somebody 30 milligrams of morphine intravenously.

So it’s significant amount of analgesia the difference of course between it and morphine is that there is no respiratory depressant as opposed to morphine which is a strong respiratory depressant. Also with morphine the effect lingers on for a long period of time could be all day long or longer whereas nitrous is very rapidly eliminated. With regards to the anxiety relief the anxiolysis it’s similar to giving somebody valium or ativan and the amnesia is similar also.

Patients will get a feeling that time slows down for them and they may recall the whole procedure or they may recall only parts of it or they might think that the procedure was much shorter than it it really was. It’s extremely rapid onset and offsets and you can achieve the desired effect within usually within three to five minutes and then the offset is also within three to five minutes.

“One of the most important aspects of nitrous is that it’s safe it’s one of the safest agents there is.”

One of the most important aspects of nitrous is that it’s safe it’s one of the safest agents there is. There have been studies that have looked at millions of encounters involving dentistry and really the only side effect that they see is nausea and vomiting and that’s in a very small percentage if nitrous is used by itself usually less than one percent.

“These patients can get up off a procedure table go to the bathroom and walk over to a chair and usually within 15 minutes to half an hour are good to to drive themselves home.”

It’s much safer to give an elderly patient something like nitrous as opposed to giving them something like valium which lasts all day long because the concerns obviously are you don’t know how significant uh the valium is going to affect them. Also what is going to be the effect later on when they go home are they going to be steady on their feet is there danger of them falling and hitting their head and whereas with nitrous the effect is gone so rapidly that that’s not a concern. The nitroseal system has been used in pediatric hospitals nationwide since 2010 over 135 000 encounters and with no negative effects.

Ready to bring the SAFE NITROUS SEDATION SOLUTION to your office or hospital?

Nitrouseal® is the only solution you need to safely and effectively administer nitrous oxide in your clinic.

“To make the benefits of Nitrouseal® available to all patients and medical offices.”

Sedation Systems LLC created the Nitrouseal® complete system to give doctors the ability to administer nitrous in a safe and effective manner. It was founded on the principles of safety and integrity.